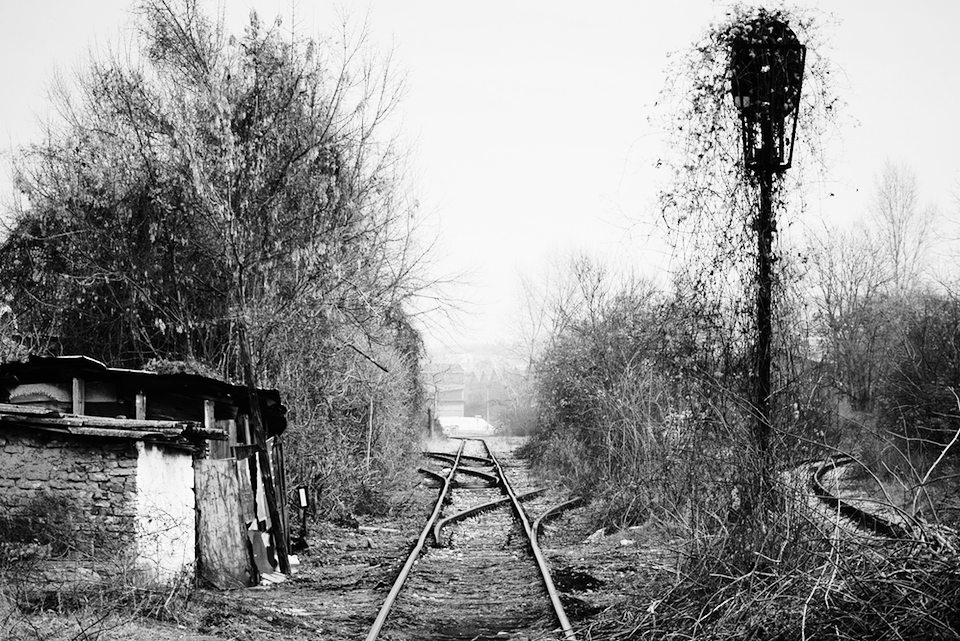 Leadership can very quickly fall into the routine of annual strategic plans, mapping out the next growth steps and searching out increases in revenue and profit. But this limited view of strategy and mapping the future of the business can leave much of the business’s potential lying idle. Strategy must always seek to bring the full potential to bear on its competitive performance today, and importantly tomorrow.

Where is your business going?

Strategy without a vision is a journey to nowhere.

Strategy with a vision that does not entice is a journey no one wants to go on.

Strategy with the wrong vision is a journey everyone desperately wants to end.

Strategy can very quickly become a continuation of yesterday, with small changes to grow profit for today and a vague sense of what tomorrow may hold. In some cases, you can almost say a good analogy is ‘last year’s budget plus 5%’.

Of course, in a world shaken and broken by the global response to COVID-19 and simply evolving consumer needs and preferences, ‘working-off’ yesterday’s plan never was, and certainly isn’t, a great idea.

But many businesses will survive, some will thrive, and others will fail by a strategy of continuing yesterday. However, what is certain is that such an approach will not allow the potential that exists within the business to be brought to the forefront.

So, an opening question when you begin to think about strategy in your business is, do you really want to take the business to where its potential could lead it? Or are you happy with sitting back and just letting history and fate set its path? How ‘great’ do you want your business to be?

To bring potential to the surface involves motive, risk and faith, and not all leadership teams are comfortable stepping over the edge of that ledge.

Where Is The Potential?

When I think of strategy, I substitute the word ‘Compete’. A business’s strategy is how it intends to compete in its chosen marketplace to achieve the purpose for which it exists. Note the keywords here:

The core competitive strength of any business rests in the combined talent and effort of every person who works within and with a business. It is leadership’s ability to muster, to draw, to focus that talent and energy on the purpose for which that business exists that will determine the strength of that core. Leadership control all the levers of the competitive engine within a business, and it is that engine that sets the floor and ceiling to the performance of that business.

When a team goes out onto the playing field to compete your confidence, and your faith, will rest in the knowledge that they are ‘able’ to win. They have the capability to outcompete all others, and capability does not just refer to skill but is much broader in context.

How the game will evolve, the environment in which they will be playing, how well the opposing team will play, what orthodox and unorthodox strategies will be adopted in the game, and many other factors will all have to be responded to for your team to win. Its ability to compete rests in its ability to outcompete, that is, adapt and overcome.

Business is no different. Your team can go out and play ‘the same old game’ every day and win some and lose some, which relies probably more on the other team playing their same old game as well than anything else.

What decides how well your team plays? Leadership’s decision and actions on how great they want the business to be and their willingness to craft a strategy that will strengthen its ability to compete.

Vague statements of values through to specific statements of markets to be entered and new products to be launched do little to build competitive capability; if anything, such ‘instructions’ tend to weaken performance, not strengthen it. 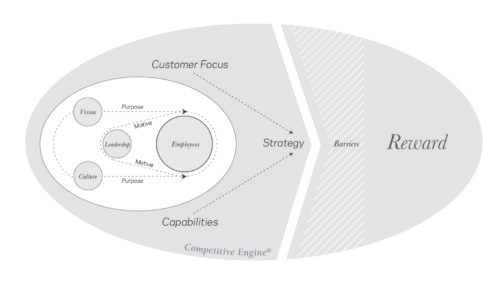 The core competitive strength lies in five of those agents, namely:

In this article, my focus is on vision and its importance in enabling a strategy, as I have outlined above.

What is the vision that exists, and is succinctly and widely spoken to, for your business?

The Vision For Your Business

Vision is best seen as the quest for your business. It is your call for others to join you on this journey.

One without the other weakens the competitive performance of your business.

A vision is a clear image of where your business must move to and is fuelled by a conviction that this destination must be reached.

Powerful visions echo what is already in the heart. They are expressed through words, words which have the power to create and destroy.

A vision is exciting, enticing and challenging. Visions inspire. They draw everyone participating in a business together and provide a shared common goal to move forward. Visions are the glue that binds and the energy that propel businesses forward.

What is your vision for your business? And how is your strategy making that journey a reality and success?

Our vision – our quest. A journey I must be part of. It is our future and that of our customers in the making. And our strategy is making it real.