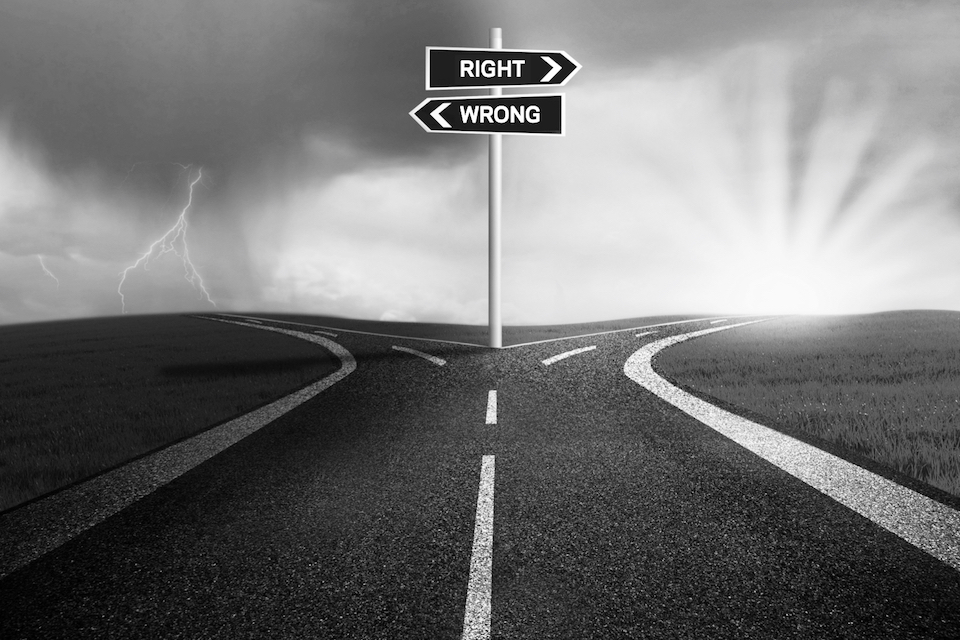 “I know a lot of us are thinking about how we can make the most positive impact in the world right now.”

He then posed the question:

“Are we building the world we all want?”

It was a theme that was picked up by Robert Safian, editor of Fast Company magazine, and explored in some of his articles including, ‘Facebook, Airbnb, Uber, and the struggle to do the right thing’ and ‘Salesforce’s Marc Benioff on the power of values’.

In them, he sought to unpack the messages this idea may carry through interviews with Zuckerberg, CEO of Salesforce Marc Benioff and Suzanne DiBianca, Salesforce’s Chief Philanthropy Officer. Saifan also went on to consider the giver and taker roles that seem to have been assumed by Airbnb and Uber through their actions in the marketplace.

It is a theme that many CEOs and business leaders struggle with today as employees and consumers are no longer willing to remain silent on how corporations act within their communities, while shareholders continue to agitate them for higher profits and dividends.

However, it is not a new issue as evidenced, for example, by not-for-profit organisations such as The B Team. Formed in 2013, their mission ‘is to catalyse a movement of business leaders driving a better way of doing business for the wellbeing of people and planet’. Founded by Sir Richard Branson and Jochen Zeitz, the B Team now includes many leading global corporations. Even with the support of these businesses, a big name leadership team and the benefit of a few years in existence, the social responsibility of corporations seems to be an issue that remains unresolved.

The underlying question to Zuckerberg’s statement is really one of the purpose of business. Do businesses have a higher responsibility to support or advocate for social values? Or should their focus be restricted to the pursuit of profit and maximising shareholder value above all else? And are these two roles mutually exclusive?

Do You Really Want To Go There?

Corporate social responsibility (CSR) has been around for decades but the current question goes well beyond the traditional scope of most CSR programs. Many of the activities that fall under CSR were, and are, generally considered marketing or brand building exercises – and, therefore, are seen as supporting the profit motive.

And if supporting or advocating social values was to be seen as a role that businesses should assume, how would a corporation decide what the appropriate position is to take? Recent examples have seen CEOs putting their opinions forward on issues such as, for example, the gender pay gap, immigration and LGBTQI rights. But what about issues like homelessness, domestic violence and unemployment? Will corporations suddenly find themselves speaking about politics in an environment that for every five people who are strongly for an issue, there will be another five who are just as strongly against it?

Do corporations really want to become political advocates in an environment in which the consumer voice and targeted actions are gaining momentum in society?

The potential to alienate a significant portion of their ‘loyal’ customer base by taking up a societal value issue is real.  And what potential nightmares does it possibly create from a HR perspective when the 50% who disagree with the CEO’s position claim oppression, bullying or discrimination?

One of Safian’s observations is that, in parts of corporate America, “an experiment” is taking place to redefine the role of business in society. The underlying assumption being, that presently, business is all about profit and shareholders, and any variation from this theme is an outlier.

These quotes, drawn from Safian’s aforementioned articles, may help provide some context:

“Facebook has always been a mission-driven company,” said Zuckerberg. “I didn’t start Facebook as a business. I built it because I wanted this thing to exist in my community. Over some number of years, I came to the realisation that the only way to build it out to what I wanted was if it had a good economic engine behind it.”

“My goals for the company are to do well and do good. The most important thing to me is that we bring along all out stakeholders with us,” explains Benioff. “We had a vision from the beginning that not only would we have a new technology model, which was the cloud, not only would we have a new business model, which was subscription, but we’d have a new philanthropic model, which is one-one-one. [Salesforce commits one percent of its equity, employees’ time, and product to non-profit work.] As the CEO I need to embrace all of my stakeholders, not just all of my shareholders. What I’m trying to do is maximise stakeholder value.”

And, it also worthwhile considering, Amazon and another recent article, by journalist John McDuling in the Australian Financial Review titled ‘Amazon chief clearly not cut from our cloth’, about the apparent absence of profit as the number one single imperative.

In it, McDuling notes what was surprisingly absent from Amazon CEO’s Jeff Bezos’s recent annual letter to shareholders: “Perhaps the most striking thing about the letter is not what it says, but what it doesn’t say. For starters, there are precisely zero references to ‘profit’ (or substitute terms such as ‘earnings’ or ‘net income’).”

McDuling adds that this ‘absence’ is, despite the fact, that Amazon actually made its biggest annual profit to date last year, posting a net income of $US2.37billion. He also notes that the letter contains 19 references to customers, no references to shareholders, and one reference to shareowners who are thanked for their support.

So it would seem, that some of our more prominent corporate citizens have, for some time, not held profit as the quintessential reason for their existence.

I wonder whether Safian’s description of “experiment” is the right categorisation? Or whether it may better be described as rediscovering the original foundation of the modern business, and re-engaging good business strategy and competitiveness?

Most people in business will recognise the name Peter Drucker, who is often described as  ‘the father of modern management’ and ‘the man who invented corporate America’. But many business people may be surprised at some of his fundamental management concepts – especially those around profit and purpose as it relates to corporations.

Let’s look at some of Drucker’s fundamental principles (as outlined in Peter Drucker: Shaping The Managerial Mind by John Flaherty) and see what light they may shine on the ‘experiment’ that is occurring in businesses around the world.

Accepting the fundamental management principles that ‘the father of the modern corporation’ put forward, means that one can then say:

Do businesses have a higher responsibility to support or advocate for social values? The answer I believe is firmly both yes and no.

Facebook has aligned its purpose with the need it is seeking to meet in society, that is, connecting people. Amazon focuses on the customer and continually reinvests in its business to meet the needs of tomorrow’s customers. Salesforce has integrated philanthropy into its business model as a means of ensuring it invests back into society and uplifts values to reinforce ‘doing good’. In each case, profit is the lifeblood that allows them to do this, but it is not the purpose for which they exist.

These companies support and advocate social values by serving the needs of their customers today and tomorrow in a model that places that purpose first.

Their purpose is aligned with the needs of their customers and they continually invest in delivering greater value to those customers. This strategic foundation allows them to out-compete anyone else in the market and from this competitive posture they earn the profits that sustain their businesses.

Here is an extract from my brand manifesto that crystalises this approach:

“I believe the worth of a truly great business lies in its sense of purpose, its focus on meeting the needs of a community and in delivering ever-improving value. Focus on profit and the business will be directionless. Focus on value and profit will follow. This is strategy at work.”

Creating a business that is competitively fit and tactically alive is the approach that any CEO who wants to build a great business should adopt. Great businesses are built on the foundation of a competitive engine that:

This model creates great businesses by focusing on the customer and valuing the employees. In this way, businesses invest in and build strong communities, which are then able to support that business’s growth.

Strategically not placing profit maximisation as the core goal of a business, allows the CEO to build a much stronger and enduring business which in the longer term yields greater profits and capital value for all its stakeholders, including the communities upon which it relies for its very existence.

We have in many ways as a society lost sight of the role of businesses and allowed short-term thinking and personal greed to set the agenda. Maybe change needs to start with the CEOs of our companies to reset their own and their stakeholders’ expectations. Serving the needs of a community is good business, after all.

Need to lift the leadership performance in your business? Learn how in C88 – Leadership Performance Guide and Journal.

Want to become part of the Entrepreneurs+ community? Sign up for my eNewsletter, and join the conversation by sending me a question via Ask Richard.